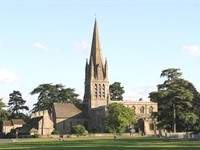 Witney is the largest of the market towns in the Oxfordshire Cotswolds and much of the architecture reflects the past prosperity of the woollen trade, including the 17th century Butter Cross and Church of St Mary the Virgin with its 150ft spire.

An attractive high street runs from the Butter Cross and features the 18th century Town Hall, the Blanket Hall and the Victorian Corn Exchange. The town has a bustling atmosphere with a good range of boutique shops, supermarkets and a twice weekly market. Visit Marriotts Walk, the Woolgate Centre, or the antique shops of Corn Street. There are a host of gastro pubs, restaurants and traditional inns, with leisure facilities at The Witney Lakes Resort and the Windrush Leisure Centre.

Witney provides an ideal base from which to explore the local attractions, including the Cotswolds, Blenheim Palace, and Oxford and its Colleges.

Other activities include the Witney Wool & Blanket Trail, a circular walk some 2 3/4 miles long explaining how the wool industry developed including the manufacture of blankets for which Witney is famous all over the world. There are also circular walks along the River Windrush between Witney and Burford, and many published and guided walks through the surrounding Cotswolds and along the River Thames.

During warmer months explore the beautiful and peaceful Oxfordshire stretches of the River Thames easily accessible from Witney at Newbridge or Lechlade, on a regular boat trip or hire your own boat, and larger narrow day boats are available on the Oxford Canal in Lower Heyford.

From Witney explore the Cotswold terrain on bicycles with many quiet country lanes and open countryside with sweeping views. There are many downloadable routes, including the 27 mile route to Kingham and back, or a 41 mile circular route to Bourton-on-the-Water. 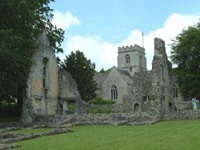 The picturesque ruins of Minster Lovell Hall, a 15th century Oxfordshire manor house, lie in a beautiful rural setting beside the River Windrush. They include a fine hall, tower and nearby dovecote.

Minster Lovell Hall was built in the 1430s by William, Baron of Lovell and Holand - one of the richest men in England. It was later home to Francis, Viscount Lovell, a close ally of Richard III.

After several changes of hands the hall was abandoned and eventually demolished in the 18th century, leaving the extensive remains that stand today. 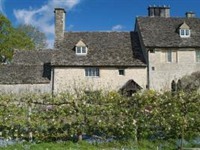 Today Cogges is a popular visitor attraction. Explore over 15 acres of the manor house and grounds, walled garden, picnic orchard, moated islands and river Windrush walk. Stop for a lunch or cream tea in the Cafe at Cogges, or buy farm eggs and local produce, gifts or rural crafts from the shop.

Cogges is the perfect place to visit on a location tour of ITV's popular drama series Downton Abbey, filmed in the Oxfordshire Cotswolds. Fans of Downton will be interested to know Cogges is the home of Yew Tree Farm and Mr Drewe, the tenant farmer. Many of the farm scenes in series 4, 5 & 6 took place in the grounds!

Cogges Manor Farm is also a popular wedding venue held in 17th century barns, with a civil ceremony license and next to Cogges Parish Church. 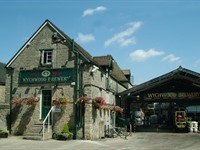 Wychwood Brewery is a brewery in Witney. The company's flagship brand is Hobgoblin, a 5.2% abv brown ale, described by Wychwood as a "Ruby beer".

Wychwood Brewery produces around 50,000 barrels (8,200,000 litres) of cask ale each year, and is the United Kingdom's largest brewer of organic ales. Wychwood filtered and bottled beers are exported all over the world, including North America, Sweden, France, Australia, Russia, Japan, Israel and Singapore.

The brewery is known for its fantasy-based label artwork, inspired by the myths and legends surrounding the ancient Wychwood Forest.

The Museum has recently merged with the Witney & District Historical and Archaeological Society to form what will now be known as the Witney Museum and Historical Society. In forming this new partnership both societies are committed to extending their involvement in the Witney community.

Witney is a dynamic, successful and expanding market town and their goal is to reflect this in exhibitions and talks throughout the year. 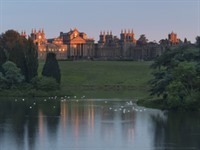 The Historic Palace and World Heritage Site, birthplace of Sir Winston Churchill located in Woodstock. A true masterpiece of 18th Century Baroque architecture set in over 2,000 acres of parkland beautifully landscaped by 'Capability' Brown. Known as 'Britain's Greatest Palace' and home to the 12th Duke and Duchess of Marlborough. With palace, parkland and formal gardens to explore with numerous exhibitions and events throughout the year such as Nocturne Live, BBC Countryfile Live and the Horse Trials. Ride the miniature train to The Pleasure Garden, with a giant hedge maze and butterfly house. Enjoy brunch, lunch or a traditional afternoon tea in one of the cafes or restaurants. Or visit their shop with beautiful gifts and souvenirs. From Blenheim Palace you can explore the picturesque town of Woodstock with its many attractions. 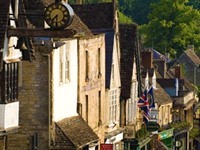 With its medieval bridge, old stone houses and attractive Tudor and Georgian frontages, Burford is justifiably called one of the most picturesque towns in England. Often referred to as the ‘Gateway to the Cotswolds’, the town was originally a fortified Anglo-Saxon ford which later grew to be an important regional crossroads and wealthy wool town. 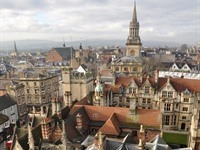 Known as the 'City of Dreaming Spires' Oxford is a popular tourist destination and home to the world famous university. A stunning city with beautiful architecture, history and culture. Most of the colleges and university buildings are located in the centre within easy walking distance. Christ Church: the largest college was used as a location in the Harry Potter films. Magdalen College: founded in 1458, has grounds including a deer park and river walks.

Oxford's Museums are unparalleled including:

The Ashmolean Museum, Britain’s oldest public museum founded in 1683, museum of art and archaeology. The Pitt Rivers Museum, displaying archaeological and ethnographic objects. The Bodleian Library, one of the oldest libraries in Europe.

Sheldonian Theatre, built from 1664 to 1669 designed by Christopher Wren and used as the official ceremonial hall of the University of Oxford.

Oxford Castle Quarter, a Norman Castle and then an infamous prison, now a visitor attraction with bars and restaurants.

Explore the river with numerous boat tours or have a go at punting! 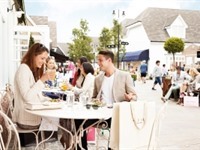 Oxfordshire's ultimate Designer Outlet shopping experience, sophisticated boutiques, spacious boulevards and friendly atmosphere with over 130 fashion and lifestyle boutiques with savings of up to 60%.

Browse the prestigious boutiques at leisure for great-value buys or relax and eat & drink in the Village's cafes and restaurants. 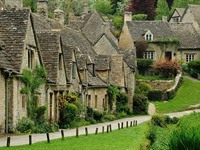 The Cotswolds are designated an area of Outstanding Natural Beauty (AONB), home to some of the most unspoilt, historic and famous towns and villages in England.

Popular places to visit include:

Bibury described by William Morris as 'the most beautiful village in the Cotswolds' with the famous Arlington Row, a group of ancient cottages dating back to the 16th century

Broadway with its famous Tower and Arts and Crafts movement connections

Northleach at a crossroads of the Roman Fosse Way, rich in architectural interest

Stow-on-the-Wold with its many historical connections including, in 1646, when the final action and surrender of the English Civil War took place

The beautiful towns of Cirencester, Cheltenham & Stratford-upon-Avon are all less than an hour's drive away! 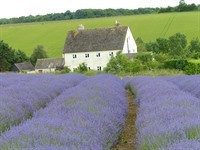 Days out from Witney

Visit historical sites such as the North Leigh Roman Villa, a courtyard villa on the banks of the River Evenlode

Beautiful Gardens to visit include:

Manor Houses such as:

Kelmscott Manor the inspirational country home of William Morris; poet, designer, craftsman, and founder of the Arts and Crafts movement which he described as 'Heaven on Earth'

Cotswold Wildlife Park walk the grounds and enjoy uninterrupted views of the animals, watch rhinos graze on the lawns in front of the Gothic Manor House, walk up the Giraffe Walkway and get eye-to-eye with the giraffes or explore the Old Walled Garden’s Tropical House with free roaming sloths, birds and bats. Watch the penguin’s being fed or get up close with the lemurs in their free-roaming Madagascar Exhibit.

Crocodiles of the World meet all the amazing crocodiles, alligators and caimans. A great day out with photo opportunities, feeding displays, crocodile talks and much more.

Dear guests and friends,
Due to the Corona Virus pandemic we have taken the sad decision to temporarily close until further notice.
We are reviewing the situation on a monthly basis, but if you have any queries, or need any help with any existing or possible future bookings, please do not hesitate to contact us.
We hope that you stay safe and keep well.
Best wishes,
Helen and Chris 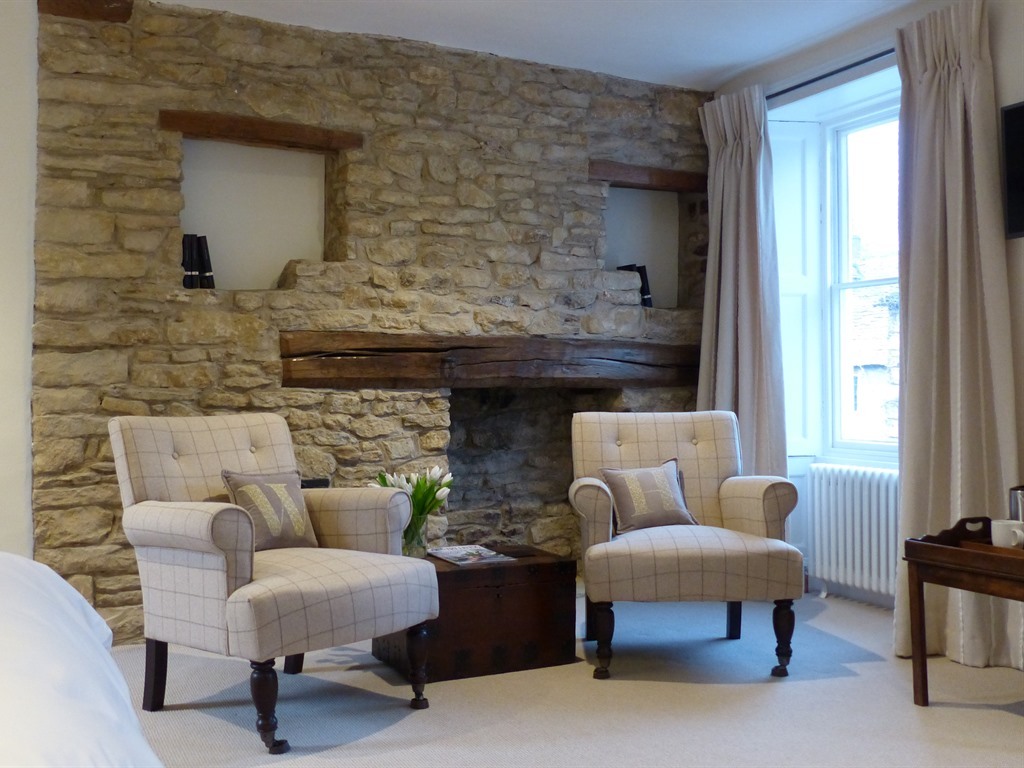 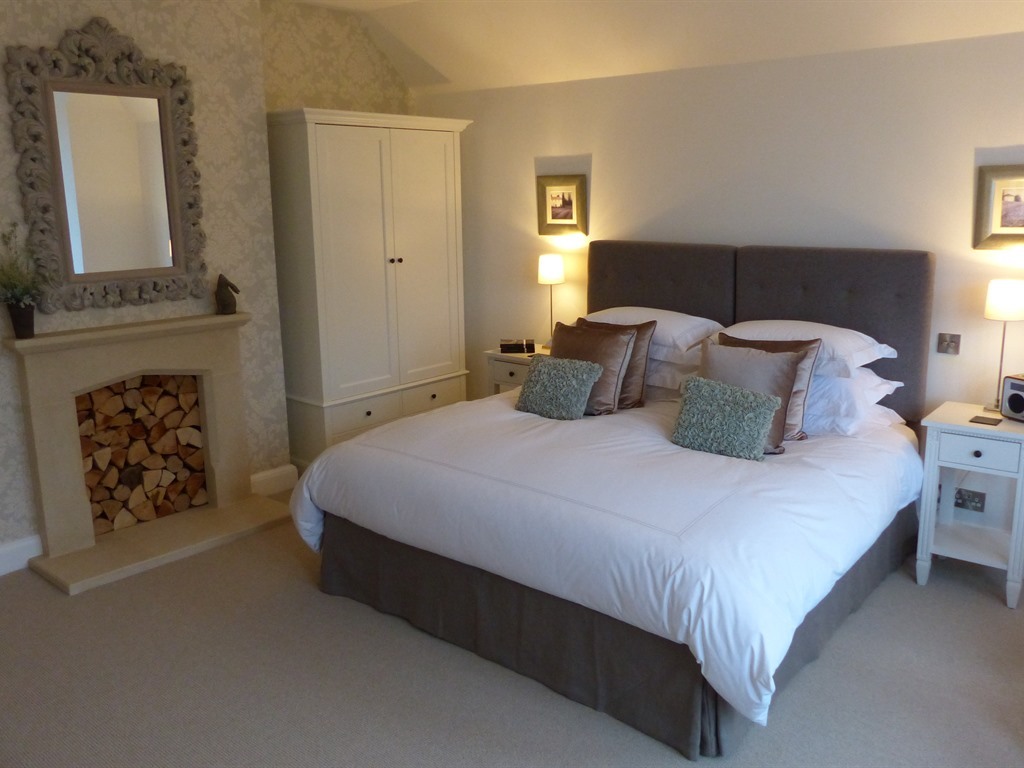 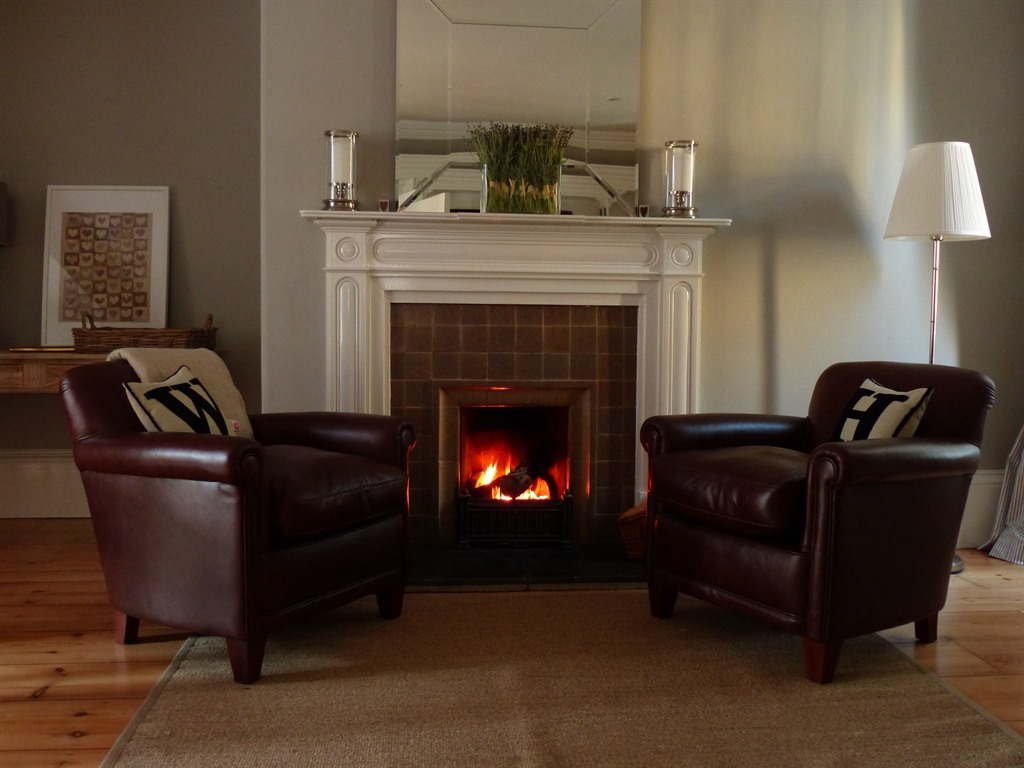 This website is edited by B&B at Witney House , Witney House , 17 West End, Witney , Oxfordshire, OX28 1NQ, United Kingdom. We use cookies to ensure you have the best experience and any personal data shared during your visit is protected by our privacy policy